Ettington was a typical East & West station, to the north of the village from where its name came. It had sidings, goods yard and signalbox. It is worth noting that the small and very rare E & W boundary marker plates were only ever found near this location. A few were found in the sixties and a couple have been found in more recent times. There is no record of why they were cast but it was probably to mark the boundary between the local Quarry Co and the E & W. They were cast by the foundry in Old Town, Stratford just down the road from the E & W Station. This foundry later became known as The Royal Label Factory because it produced road signs for the Government. The sidings were right at the top of the incline and there was a kick back road laid on the level to enable standard gauge trucks to be horse shunted. This can be seen going through the gate in one picture in the slide show link below. I was told that empties were worked uphill from Stratford with the loco running into the siding and then reversing past the dock. Loaded trucks were always taken out eastwards and if they were destined to go west the train would be reformed at Ettington and reverse. 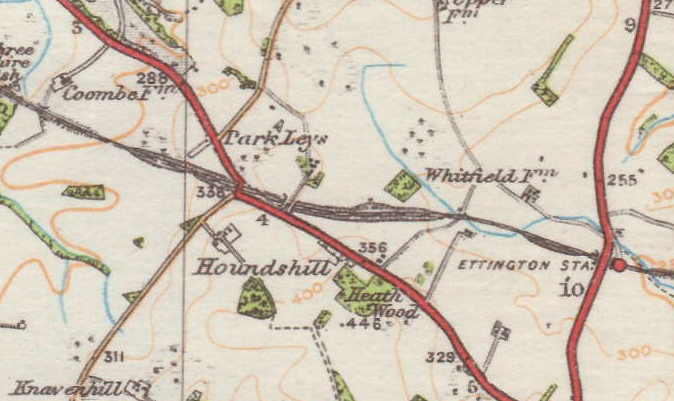