The SMJ line from Towcester joined the Midland Railway's Northampton-Bedford line near Olney at a place known as Ravenstone
Wood. Authorised by an act of Parliament in 1879 as the Easton
Neston Mineral & Towcester, Roade & Olney Junction Railway
(renamed in 1882 the Stratford-upon-Avon, Towcester & Midland
Junction Railway), and built partly on the route of an earlier
ironstone tramway, the line was not opened until 1891 and only
operated a timetabled passenger service for a few months. It
continued to carry goods traffic until 1958. The Olney line closed
in 1958 and much of its route was later absorbed into adjoining
fields. 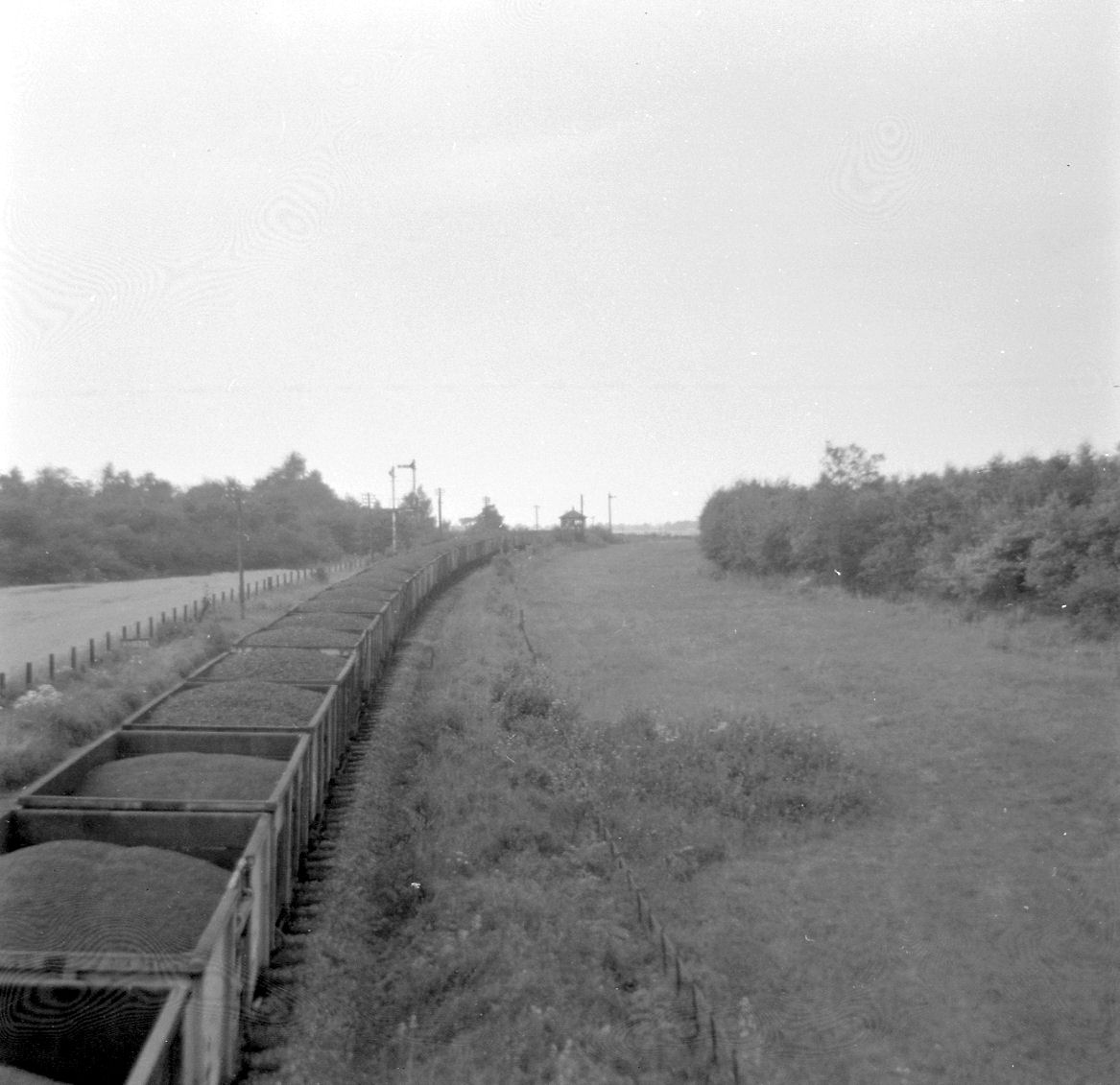 
Although its regular passenger traffic operations from Ravenstone Wood Junction were short lived, the railway did provide
a cross-country link for goods traffic. The only passenger train to
use this line in the 1930's and 40's was an excursion train that
ran on Easter Monday from Luton to Towcester Races. The fare from
Olney in the 1930's was 1/6d return (7½ p).


The site of the junction now (2009) has returned to nature and is indeed, a wood! Find more
photos like this on "The Unofficial SMJ Society" at www.smj.me