Hi Peter. Thanks. Unfortunately my only link with the line was that I cam across the track bed not far from Fenny Crompton when I was on an outward bound cpout5rse back in the early 80's and got interested in finding out a bit about the line then. Then I happened to meet with Arthur Jordon in 86 when he visited my works and we chatted a bit about the line then. Rather sadly I can't find the photos I took of the site at Byfield station at the time but as I recall they weren't very informative anyway. Have always planned to build a model of Byfield but never got around to it so far. Maybe this will be the spur to action I need. Bill

Thanks for the welcome Peter, the Broom history group have a large collection of photos related to the village and are in the process of cataloguing them but hadn't found many railway ones when they held their most recent display. I did say that there would be lots of interest in them!

I have an interest in joint lines that link one railway system with another, such as between Halesowen and Longbridge. I am a member of the Stephenson Locomotive Society and have developed an archive of SLS Special Trains for the Society. I am therefore interested in the various tours that have passed over SMJ metals and nearby such as at Woodford Halse.

The only connection I have with the old line is that I stayed in Helmdon for a week in the 1980's and was intrigued by the line.  Now retired I have time to find out a bit more about this fascinating line.

Hi Peter, I did a livery painting of the SMJ several years ago for British Railway Modelling, and talked about starting an SMJ Society with Simon Dunkley. I am very glad that I found this site when I saw the other Nigel's photo of the concrete signal post at Lloyd's siding. I am very interested in concrete signal posts, as it may well turn out that the post was made at Melton Constable (M&GN). Nigel

Thank you, Peter, I'm sure I shall! I have no artefacts or photos from the SMJ to share, but I do have interest and enthusiasm. 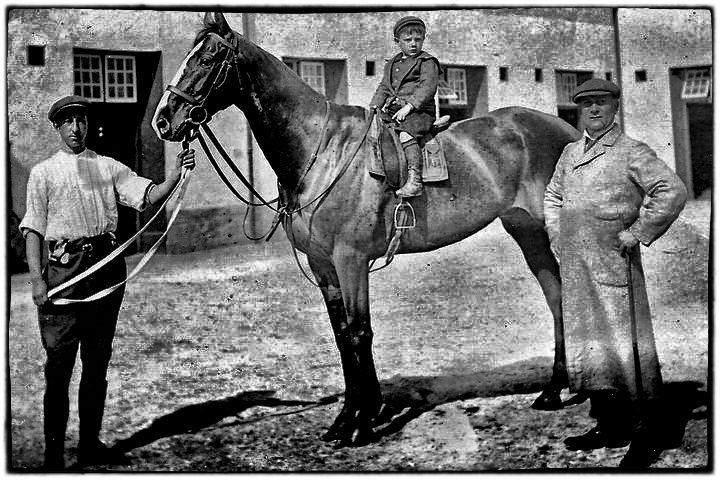 Hello and thank you Peter

I found some things, but I could do with more on the Towcester station.

I see the comments from George Woodcock that he will be doing a model of it set mid 70s, someone else I know was looking at doing one set in the mid-50s.

I am puzzled though by one picture said to be Towcester station frontage in 1953, Coronation year.

Although very fuzzy, I am sure that all those station information boards outside are showing LMS - over 5 years after it became British Railways and by then everything would have had the new logos.  Unless of course the date is wrong and it was actually that of a pre-war Coronation photo.

Thank-you very much for the welcome. I have had an interest in the lost railwaysa of Northmptonshire for many years as I grew up at Brixworth Station on the old Northampton to Mkt Harborough line. My friend John Norton and I are buildfing an exhibition model railway layout of Towcester where he lives. In our case we have taken a few liberties with history because although the station, and the line, closed in 1964 our version suppose that it did not close but carried on and indeed prospered. We have set our layout in 1977 and although we have rationalized the sidings most of the structures are still in place though the station is a private house and the goods shed is also in private hands. The signal box is still in use and there are still semaphore signals although not so many of them. The old line to Olney has been retained as far as Salcey forest for the movement of timber. The other main difference is that it is the line to Banbury that is still open and the Stratford line that has closed. The layout debuts at the Stafford Model Railway Exhibition in Feb 2014. I hope people will not be offended with the changes we have made but it is meant as a tribute to the line and the town of Towcester. I have past form for this as I have previosly built a layout based on Brixworth station , this time set in 1998 as if  it had not closed. once again thanks for the welcome.

Thank you for the warm welcome.

Thanks for the welcome Peter. I don't have much knowledge about SMJR but I look forward to finding out about what seems to be a quirky railway.

many thanks Peter, what a great site.

Thank you Peter, it looks quite interesting, Rob

Thanks Peter. I gather that there is an article about the SMJ in the Railway magazine for 1956 can you say if it is a good one or not.

Very. It`s a line that should`ve been a useful alternative route. An avoiding line for the Birimingham area.

I did know a couple of railwaymen from the Loco Shed at Stratford,sadly,now no longer with us.

Hello, many thanks for the warm welcome. I am delighted to find a group of like minded people who care about "my" railway!

Alas, I am to young to have any stories to tell, photos to show or

memories to recall. I live near coventry, so my bit is the stretch between Fenny Compton and Stratford. Some parts of the track

are barely visible, others are quite clear, but all of it is fast being

Look forward to reading all your contributions.

One day someone, who knows Photoshop really well, will superimpose the outline of locos etc. onto some of your location shots.   It will be quite tricky though won't it ?

We both enjoyed the WSR..  I hope to get some of my pics. onto S/T with Andy's assistance.

Jack Thompson said…
Nice words Peter, thanks. Will we see you at the WSR at the weekend ? Jack.