Contents and Labels with thanks from John Cosford


Click below to find out about CAD KIneton's Locomotives

Run by the Defence Storage and Distribution Agency, DSDA Kineton is the largest and most modern ammunition compound in Western
Europe. Its role is to receive, store, processes, issue and
distribute explosive and non-explosive munitions and materiel to UK
Armed Forces worldwide. The facilities include 58 Standard
Explosives Storehouses (SESH) and 185 Explosive Storehouses (ESH),
known as igloos, spread over the Edgehill and Marlborough
Sub-depots, operating road and rail transfers. Additionally, the
site operates 14 ammunition processing buildings for the repair and
periodic maintenance of munitions from manufacture, in stock, and
returned from units and other depots. DSDA Kineton is also
responsible for managing the Agency’s 6 Munitions Compounds located
around the country, monitoring the service provided to DSDA
customers ensuring the munitions support on a geographical
basis. 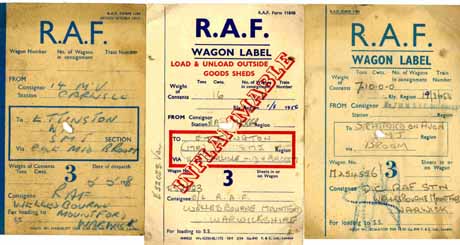 
DSDA (Defence Storage and Distribution Agency) Kineton (formerly CAD Kineton) is an arms depot in rural Warwickshire, on and under
the site of the Civil War battle of Edge Hill. Its role is to
receive, store, processes, issue and distribute explosive and
non-explosive munitions and materiel to UK Armed Forces worldwide.
The nearest towns are Leamington Spa and Stratford on Avon. It was
created during World War 2 and has been greatly expanded and
modified since.


DSDA Kineton is one of the most secret places in Britain so information only slips out by mistake, as part of another issue or
in parliamentary questions. DSDA, who manage the site, are a
limited company and as such issue an annual report which gives a
small glimpse of what is going on.


The site has its own railway line for moving munitions in and out. Also it has a very extensive sidings system which would be
needed in case of a big war for handling the sheer volumes of
munitions necessary. In peacetime these sidings are rented out to
railway companies for storing rolling stock. The railway system
continues underneath the Warwick countryside so that trains can be
loaded and unloaded directly into bunkers. Thus minimising work and
keeping them safe from both observation and attack. There is also
an extensive underground road system.

What do you know? Sign up and leave it in the box below!

Comment by Ashley Broughton on November 30, 2009 at 21:34
In answer to your question above, Do military trains still run between Fenny Compton and DSDA Kineton?
A train travels the line to and from kineton aleast once a day.
I belive that the military own that section of track.

Comment by Andy Thompson on July 7, 2009 at 18:00
Further questions from John
On top of all that, it also raises some interesting questions which you might want to put onto the discussion forum:
Do military trains still run between Fenny Compton and DSDA Kineton?
If so, are there any photos more recent than 1991?
Are there any photos or reports from late WW2, or the post-war period up to SMJ closure, of MOD steam locos working at Kineton?
How were freight wagons worked in and out of the Kineton site?
Were wagons dropped off at the SMJ Burton Dassett sidings for collection by an MOD loco?
How was the signalling controlled?
Prior to closure of the SMJ, how were MOD locos transferred between the Kineton site and the repair depot at Bicester?
I assume that they would not have been allowed to run under their own power so presumably were either attached to a normal freight train or a special working would be arranged eg LMS/GWR/BR loco + MOD loco + brake van.