Started by Bob Bishop on Friday.


The Edge Hill Light Railway was built to develop the large ironstone reserves which lay on the Northants / Oxfordshire border. The huge demands of Word War 1 at the time were really making any source of iron ore worth harvesting.  The thrust behind the idea of the line seems to have been the proprietors of the Stratford on Avon and Midland Junction Railway (SMJ) who saw it as a means of increasing traffic on their railway. The Edge Hill Light Railway was built with standard gauge track  throughout, starts from a junction with the SMJ at Burton Dassett sidings approximately half-way between Fenny Compton and Kineton stations on the SMJ and adjacent to the main road between Banbury and Warwick. The shelter on the platform served as an office for the goods depot foreman. The light railway branch led out of a siding on the south side of the SMJ line and quickly curved away to the south-west. Harry Willmott, the SMJ Chairman, later became chairman and Arthur E Diggings of the SMJ was its secretary and subsequent traffic manager of the new line. The promoters acquired mineral rights to over 600 acres around Edge Hill. The chairman of the company in 1922 was Mr Harry Willmott, chairman of the SMJR and the chief officers of the Edge Hill Light Railway were also those of the SMJ. 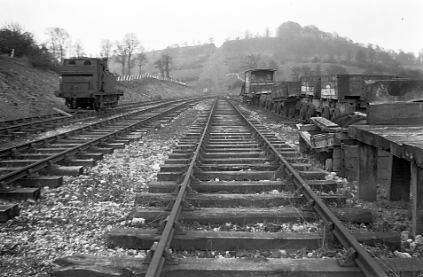 This 3.5 mile long ironstone line was engineered by Stephens in 1919 with a 1 in 6 cable-worked inclined section in the middle. The line's working life started in 1922 but it never officially opened and intermittent activity ceased in 1925 as the ironstone deposit was uneconomic. Quarries on Edge Hill were worked until January 27, 1925, when the last load was brought down the EHLR to Burton Dassett. Since that date the line has been disused. The line was severed in WW2 for an army ordinance depot  and stock and the remaining line rotted away until torn up for scrap in 1946 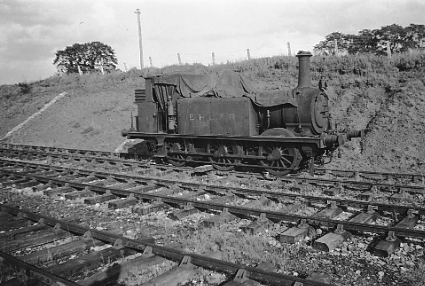 The railway and its rolling stock was left to rot for another 22 years before it was dismantled. For more on the Edgehill Light Railway click here  For more images  click here  and here 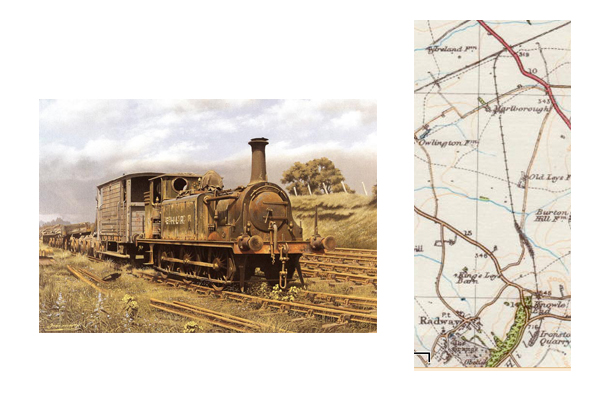