A modest beginning was made with the Northampton and Banbury Junction Railway being authorised in 1863. Things gathered a pace, and two years later an Act authorising an extension westwards to Chipping Norton and Blockley, Gloucestershire and in the next year, 1866, a further extension which would have taken the line to Ross-on-Wye; were authorised. However, and like so many plans of the time, the financial crisis of that year left the scheme high and dry.The final railway reached neither Northampton nor Banbury over its own metals; having to obtain running powers over the LNWR line from Blisworth to Northampton and from Cockley Brake Junction to Banbury over the LNWR’s line from Verney Junction.

The first section was opened from a station adjoining the LNWR’s premises at Blisworth; running to Towcester on 1st May 1866 – the railway had arrived! Around this time Towcester acquired an engine shed. Learn more. The extension West to Cockley Brake took another six years to complete; again because of financial problems. This section had two stations, Wappenham and Helmdon, both of which were opened to goods traffic in August of 1871. Whilst all this was going on another company appeared in the area going by the name of ‘The East and West Junction Railway’ (E&WJR). Their plan was also to create a cross-country route for all this new found iron ore in the Blisworth area, linking Towcester with Stratford-upon-Avon - authorisation by Parliament came in 1864. In 1909 the line became known as the Stratford upon Avon & Midland Junction Railway (The SMJ) and with another Act in 1910 it absorbed the N & BJR, which had pursued a more modest but uninspiring career ever since the E & W JR had made its junction near Greens Norton in 1873. 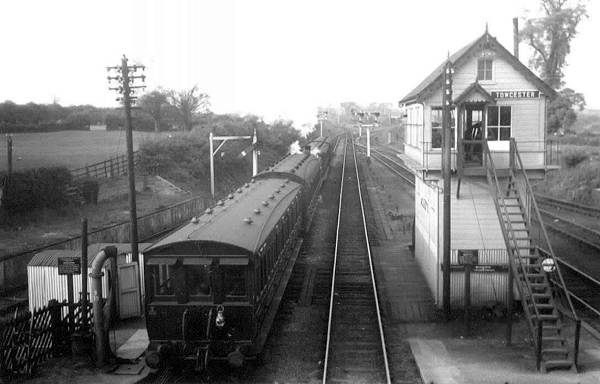 The L.M.S was created in 1923 during "The grouping" taking over the running of the SMJ’s line to Stratford.The Second World War took great toll on the railways and on the state of the national economy in general, with the result that after the war in 1948 the railways were nationalized as British Railways.


Around this time plans for Towcester’s services to be withdrawn were being hatched. I found a copy of the London Midland region map of 1961 and it showed nothing of Blisworth station on the main line, and nothing of Towcester. 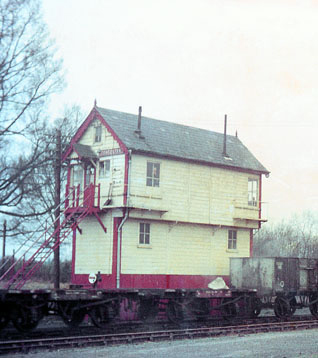 The last scheduled passenger trains having run in 1952, freight struggled on into the mid 60's, when at last, it all came to an end. If you are wondering what happened to the site at Towcester - it's now a Tescos!, follow the A5; north through the town nearly to the A43 by-pass and go and pay the old place a visit! Bridge 149, which once carried the Tiffield road on the Olney branch still stands at the East of the site, but not much else!